Cathy and Ashley wanted a colourful wedding with friends very much at the centre. Cathy and her bridesmaids are full of fun and are very close friends. We found the girls sat on the bed supping bubbly and eating Dorritos ... except for the bride who admitted it was safer to stay sober until the vows had been said! 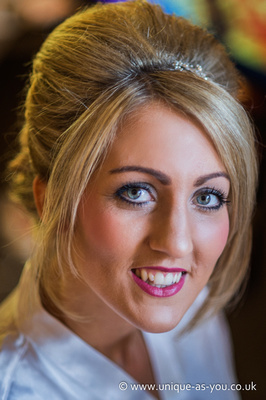 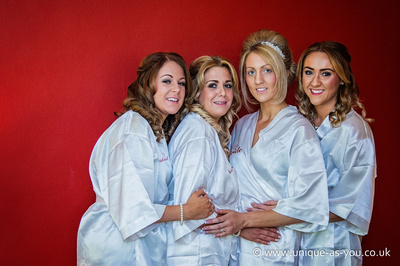 We found the shoes arranged ready for their photo.  They were a little keener than the lovely flower girl, Cathy and Ashley's daughter, to be photographed.  She was a little camera shy to start off with, but we soon managed those princess shots 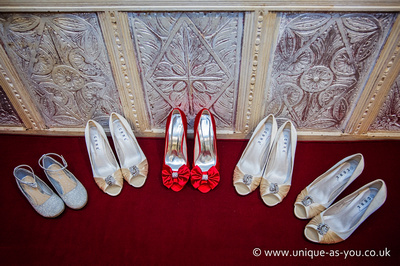 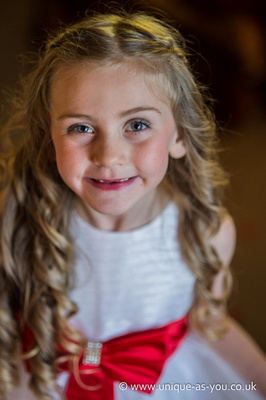 Downstairs the boys were waiting. Ashley was ably assisted by James, his best man, and usher Joe.  The boys looked dapper in their royal blue suits and we loved the red bow ties - very patriotic!  They wanted different and we think they looked great! 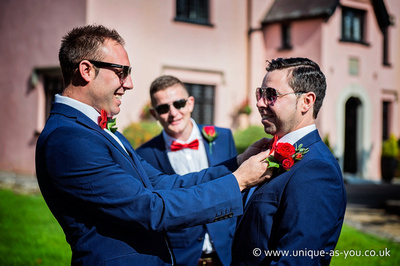 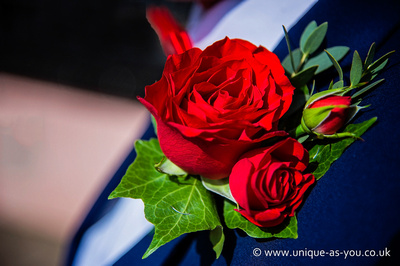 So after a short walk to the hotel from their respective rooms, the service was upon us. 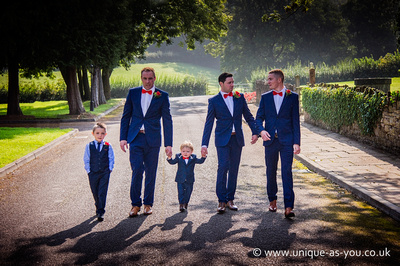 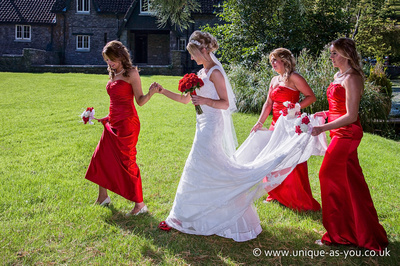 Their little son entered first and kept all of the guests entertained for most of the proceedings. Ashley couldn't believe his eyes when he saw his beautiful bride. 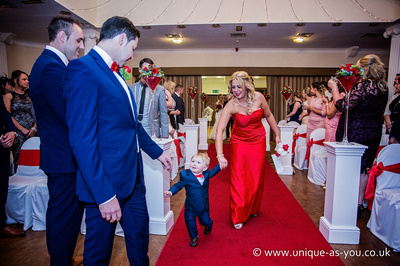 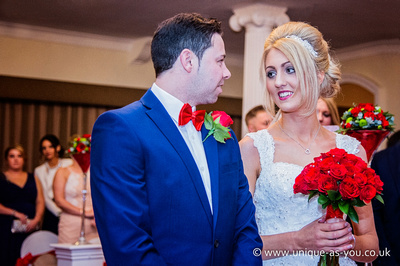 Afterwards the sunshine beckoned and the guests were able to appreciate their drinks in the beautiful gardens of  the Cwrt Bleddyn Hotel. After a  dove release with doves supplied by Lovey Dovey, we took the group shots and had fun with the confetti. 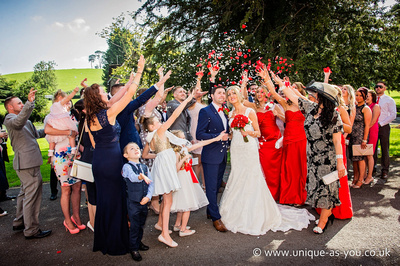 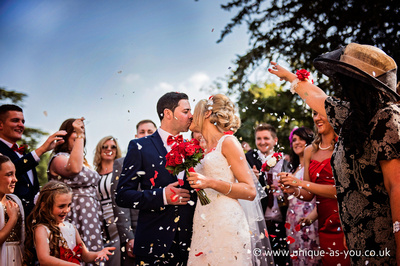 The meal took place in the Crystal Suite under a beautiful net of sparkly lights. The bar was a beautiful mirrored granite with gold flecks in - perfect for the ring shot! 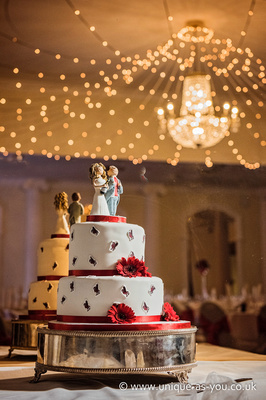 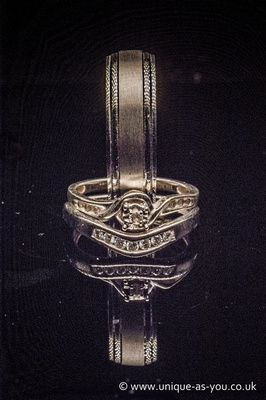 After the meal, the girls wanted to put their best foot forward and have a photo on the bridge over the lake. 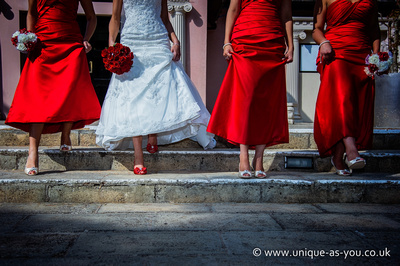 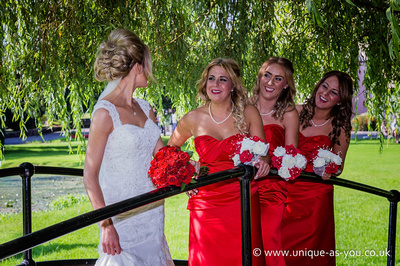 We took the couple for a stroll down the drive for their couple's photographs. For two people who kept insisting that they hated being photographed, we think they were great. Spot a country gent? 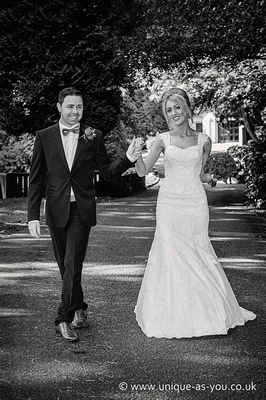 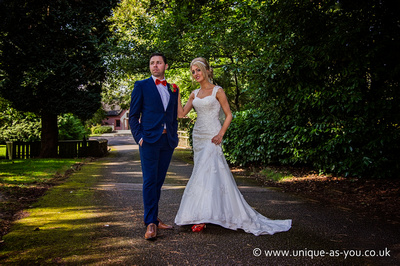 So we made the poses fun and had lots of laughs. 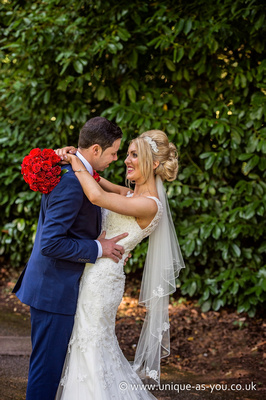 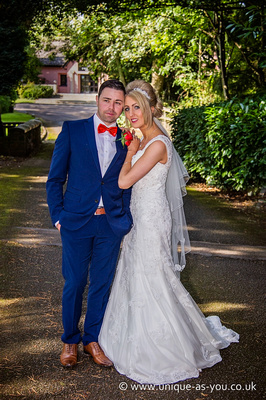 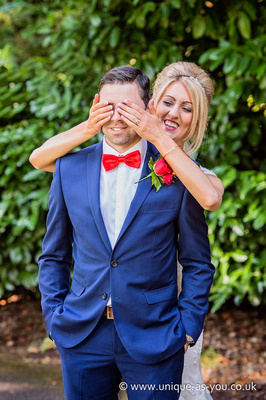 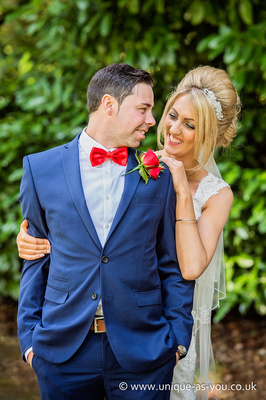 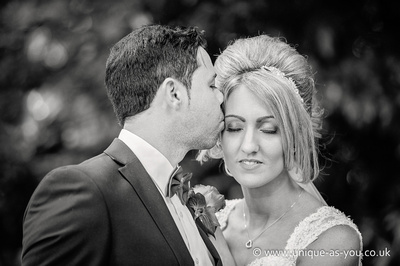 We finished off the time with portraits of Cathy and squeezed in a family portrait. 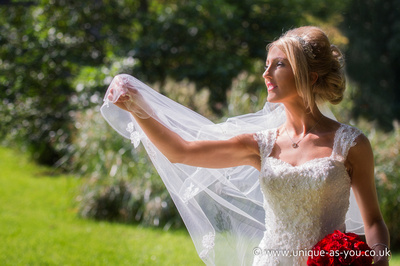 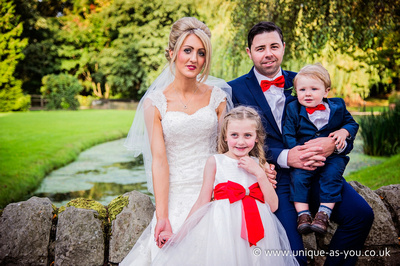 Back inside, it was rapidly approaching the evening party.  The first dance was to be under the starlit ceiling. 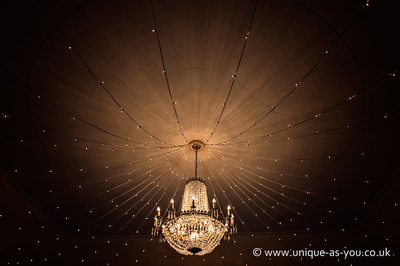 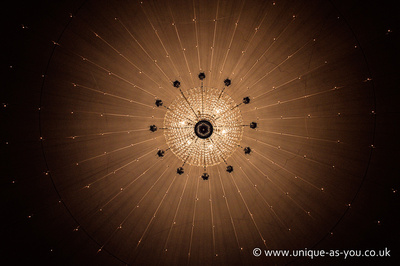 The couple wanted photographs without an audience so that they could relax. 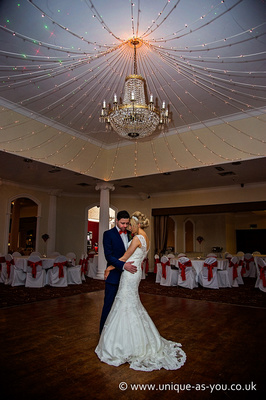 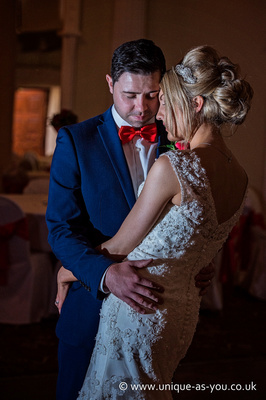 Once the real dance was over, we captured an image to round off their day! 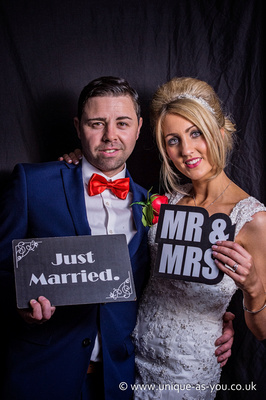